NO SOUND NO TEXT 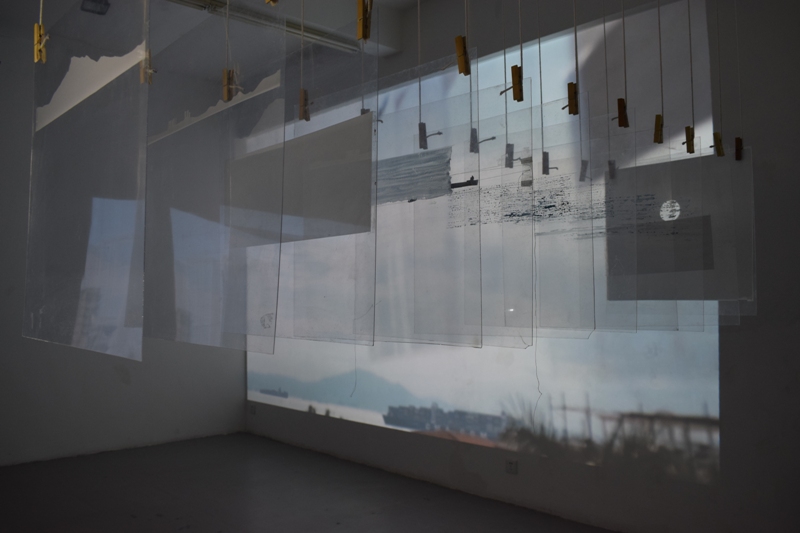 Herman Verhagen is a video-artist from Amsterdam, the Netherlands.
His work questions existence and often answers with disappearance.

For example: he recently built a porcelain installation in Itoshima, Japan and smashed it at the end. In Xiamen he will disappear during the exhibition, but that is because he already booked a flight.

He studied Audio-Visual Arts at the Amsterdam Gerrit Rietveld Academy (2003)and the École National Supérieur des Arts Décoratifs in Paris, France (2009).Since 2011, he also runs a pottery business (J.C. HERMAN Ceramics,www.jcherman.org), to finance his work as an artist.

In 2018 Herman Verhagen has been travelling throughout Asia (Japan, South-Korea and China) for half a year. His final station in this trip is Xiamen, where he has made two video works.

This is what he has to say about the exhibition ‘NO SOUND NO TEXT’: « For a stranger, it is inevitable to see Asia as exotic. I cannot help looking for differences or similarities. It just never is ‘normal’. I am not Asian and always will take an outside perspective towards this continent. On the other hand I think that every human has the right to be anywhere on our planet. I said to myself aloud: ‘Asia is as much mine as it is for Asians’. I do not want to see myself as an eternal guest. The only time I do not feel a stranger, is when I see people -or people see me from the back. Then I can focus on the cool outfits, or am I seen as only a tall person.

Xiamenimation
This animation consists of four parts, showing living, working, shopping and leisure on Xiamen.
It captures progress from the back. It also shows the speed in which the city moves, to my stranger’s eye. And it shows my view on how modern life generates a generic look: from architecture to selfies. What is the difference between authentic and real?

Balconorama
This video installation is also about the observation of reality. It captures how an image is (re)constructed.
Again, real or not: my view is constructed in layers of preconceptions and positioning.The scenery is a simplified view from my balcony at the CEAC’s artist apartment, without disturbing elements, such as the balcony fence or palm trees that are in the way between me and the sea. Perspective creates a better image. In reality there is tons of stuff being transported every day. On ships that look like cities. And have that size. A feast for the eye, but not for the environment.

NO SOUND NO TEXT
The title of the exhibition is on one hand the dogma I gave myself while working here: don’t use sound or text, just image. But it also sums up my frustration in China: I cannot speak the language and I wished there was less noise.