THIS IS NOT THE EXHIBITION FROM ECHO AND KAKI

About Echo and Kaki 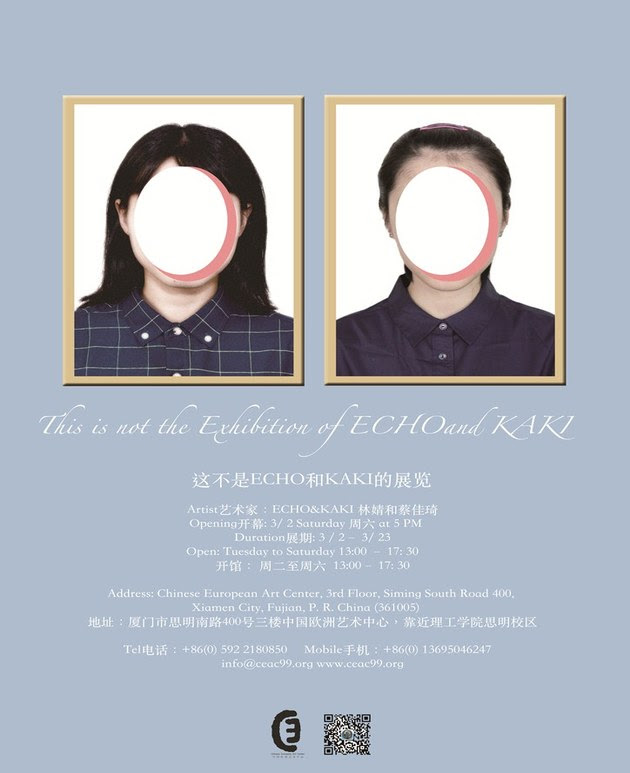 Echo Linjin, Born in 1990, Lin Jing is an exotic native of Shapowei, Xiagang District of Xiamen.

In 1982, the Danish director Jorgen Leth directed a documentary about the different aspects of American society, 66 Scenes from America,in which Andy Warhol ate a burger. After a long gaze, he said:”My name is Andy Warhol. I just finished a hamburger.”

Nowadays, the trivial behavior of eating and broadcasting and various other live broadcasts have formed a new phenomenon of onlooking.

There is no need to think and it appeaseanxiety. Moreover, a special sense of satisfaction could be achieved. Both being watched, the anchorand the successful artist have plausible differences between their behaviors.

Is it because of the context, the profound ideas, the unique insights, or just because this is done by artist?
Yayoi Kusama, Joseph Beuys, Takashi Murakami, Damien Hirst
KAKI has swinging feelings for them.
KAKI completed four bread dishes for them based on their well-known labels.
So this bread is not even made by KAKI.