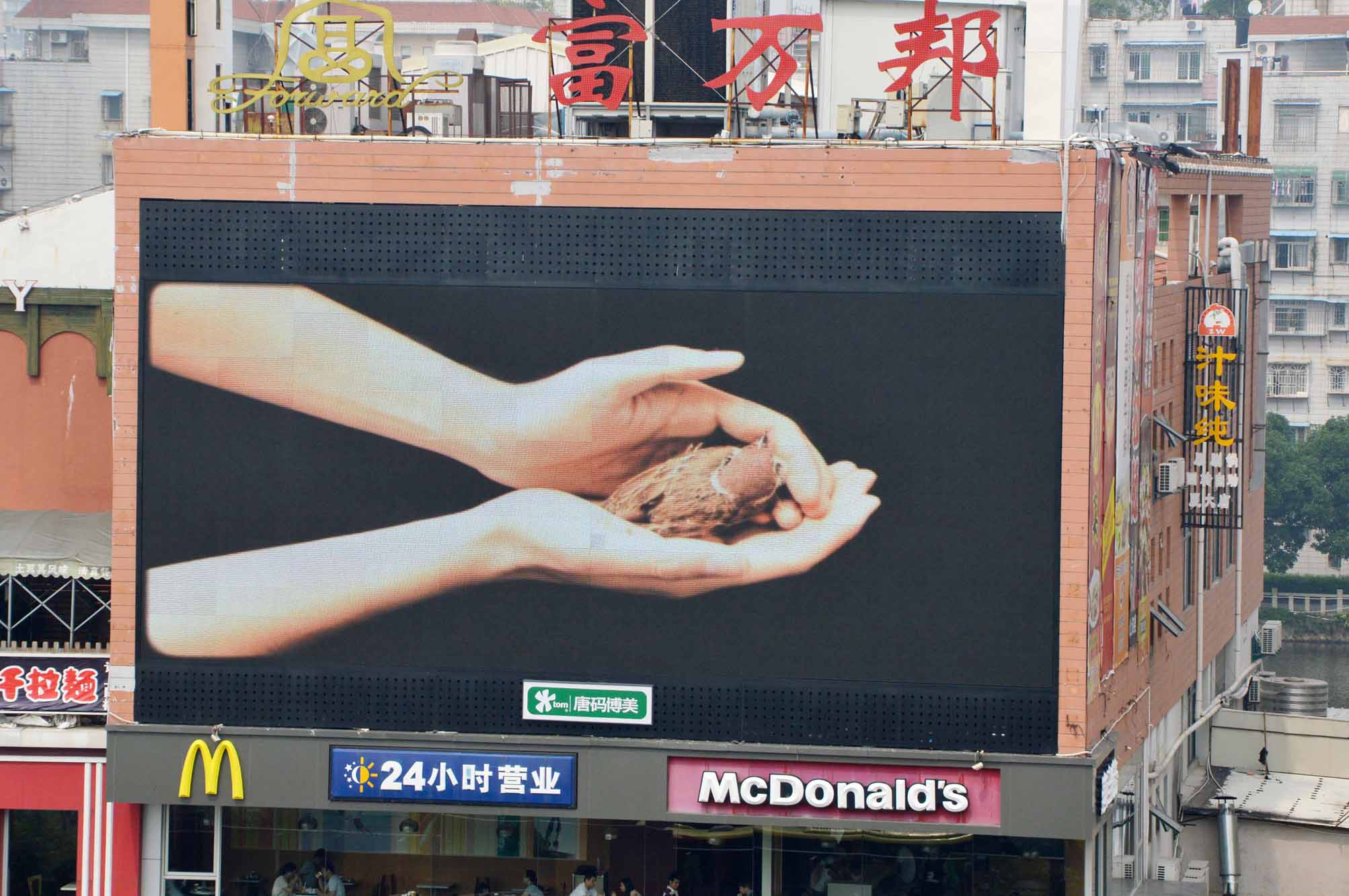 Old Chinese poets and painters often paid a tribute to nature. They made an ode to the mystery of life and the stunning beauty of the natural surrounding. How can artists nowadays bring an ode to nature in times of technology and urbanism? Marjan Laaper does an attempt in some new video works made in China during an artist in residence period at the Chinese European Art Centre (CEAC) in Xiamen. In these videos, man and nature come together. The natural and the urban surrounding combine. But most of all it is an ode to the mystery of life itself.

The work “The Gift” (2013) shows two hands that are filmed from above. The hands are close together as if they were asking for something. After a while a small bird lands into the hands and makes it his residence for a short while. After some time the bird flies away, leaving the hands waiting for the next gift.

The work “The Gift” can be seen on August 28th and 29th 2013 on a 6.45 by 15.5 meter LED screen. The LED screen is situated on Yanwu Road above “Fu Wan Bang” shopping mall opposite Xiamen University West Gate and nearby Nanputuo Temple in Xiamen, China.

The work “Birdsong” (2013) shows a hand filmed from above. A small bird lies motionless in the hand with his eyes closed. After a while the sounds of nature can be heard. A Chinese flute starts to play a song. The bird opens his eyes and moves his wings on the sound of the flute. When the song ends, the bird closes his eyes again and rests in the hand.