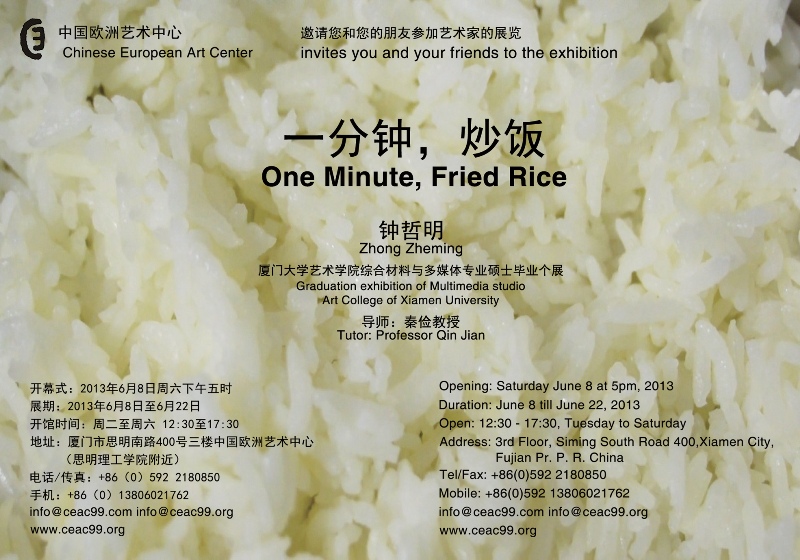 This exhibition is given as a graduation show by Zhong Zheming, who comes from Multimedia Department, Art College of Xiamen University. He has completed the Bachelor and Master study in Multimedia Department in 2013. Zhong participated in an exchange program in LUCA school of Arts, KU Leuven in the city of Ghent, Belgium in 2012.

Zhong expresses his art mainly by the means of video and installation. In his early arts creation, the works he had made indicate that what his attention was drew on the social, political, religious and so on. His stay in Europe brought the experience of being contacted with the western society, culture, politics, religion and Art, which have huge difference with the environment he was born and grown up. Zhong then started to turn his focus to the personal experience and the living environment which is closer to him, from whom he seeks the points to get start, then constructs and expresses his art in an indirect way. In this exhibition, the works he presents and the way how the works are exhibited are kind of presenting of Zhong’s study and research on Art in this period of time, his thinking mainly draws on how to deal with the artistic media language in arts creation, including the experiments and researches about the strategy and the way that are able to be introduced when the concept is translated in the media language.