The Story of Painting ( Wo de huaer) 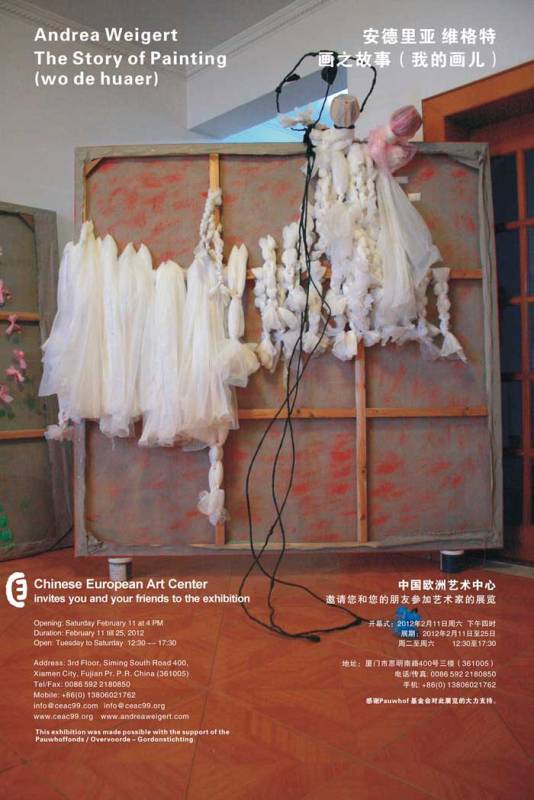 The Story of Painting ( Wo de huaer) is a painted process of reflection and interaction.

What does the story tell?

The story is about the first easy step into the water until its final difficult end. But is the end only the beginning of another process and if so, what is important enough to keep? Is there always the necessity to make a sacrifice in order to go on or is it simply a transformation of what is going on?

And what does “simply” mean?

Why does painting hurt, when and who does it heal? The hidden process in painting is also one that is shown on the end of the ride. While being on the road the story is told around one special element which is the dragon sitting on the roof of a temple. While looking at this static dragon the mind is on its way. This way is a painted area, the painted world is on the move, is moved and is moving. On its way one has to be patient cause it is still unclear which parts will survive and which will be lost. But one is for sure: at the end, the story is hidden and it is up to you what you want to hear.

The story is writing itself through a painting process which is the discovering of the painting in relation to its environment.

The dragon as a leading figure in this story is playing a game while he is pushing the process further. What does he want to tell? What is the story about?