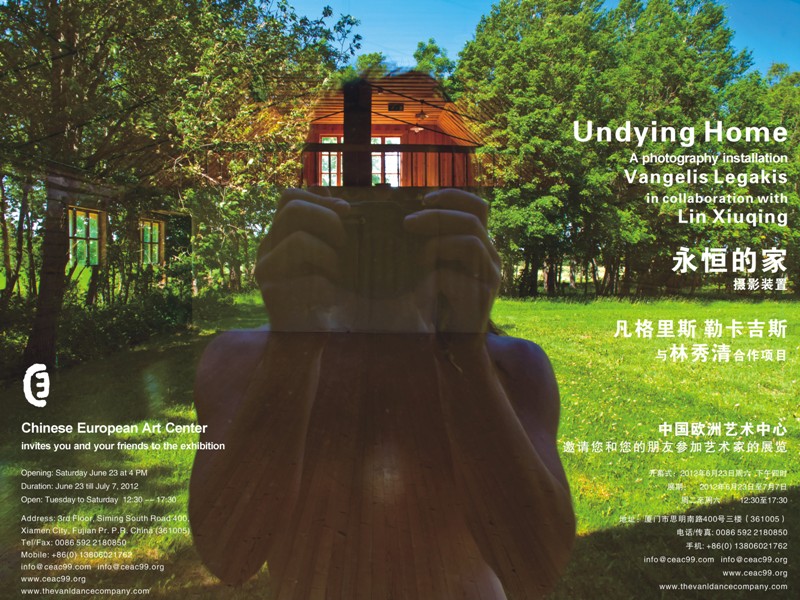 Vangelis Legakis was born in Athens, Greece 1980 and for the last ten years he has been living and working in London, UK. He studied Dance Theater, Choreography and Complementary therapies and has been, for long time, rigorously involved in and studying fine arts, philosophy, psychology and neuroscience to create interdisciplinary installations and dance performances.

Lin Xiuqing was born in a small village of Dehua Quanzhou, China 1987. She studied Fine Arts (Bachelors) at Jimei University and is currently studying Multimedia Arts (Masters) at Xiamen University. Lin focuses her works on the social communication amongst people by creating public art works-installations and specializes on constructions made out of bamboo.

Vangelis Legakis is best known for his choreographic works and interdisciplinary educational dance workshops which he has been showing and teaching across the world – Latin America, Europe and Asia. The last few years he has been concerning spiritual practices with dance to raise consciousness and offer a new perspective on what is felt and experienced.

In this exhibition Vangelis and Lin are creating an installation with bamboo and photography to portray an inter-relationship between Nature, the human Body and Home.

Home is usually seen as a fixed architectural and limited place, but Undying Home is the feeling of home that arises from any interaction in nature that could potentially occur anywhere, at any time, with any-body. We are truly at home in our hearts when we feel our ‘SOMA’ which in Greek this word means the poised union between the Body, Mind, and Spirit.

The photos portray the space beyond the real, beyond what is tangible, so as to depict the spiritual or the energetic aspect of Nature, Body and Home. The bamboos reaching high in the sky on a concrete terrace represent not only the nature itself within a material city but also the connection between earth and sky; what the human body unites. The engraved poem and paintings on bamboo show the space beyond body and mind, the spiritual aspect of the human kind who can now start a new beginning in a world that is currently severely wounded.