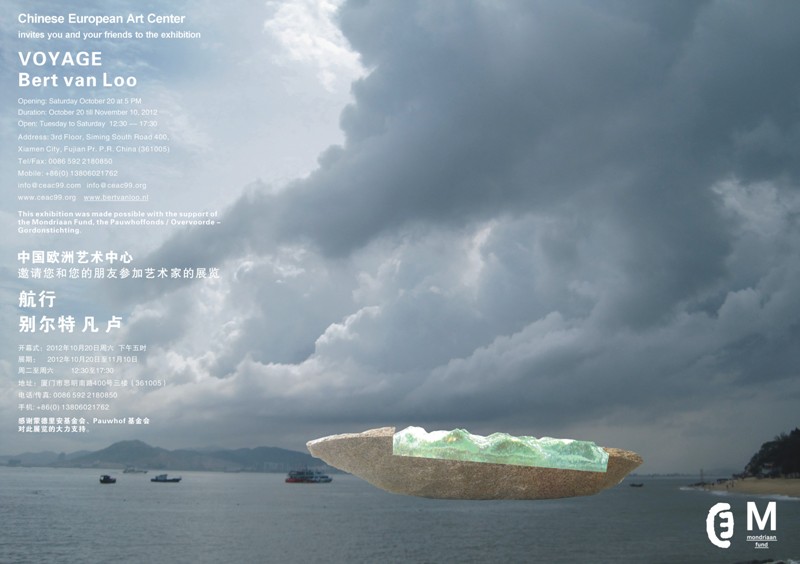 Bert van Loo got his education mainly at the Gerrit Rietveld Academy and studied a period at the Royal College of Art in London. Travelled extensively to north and South America, all of Europe, China and Japan, won a few prizes, got a few grants and did about 20 large scale commissions. His work is represented by more than 25 museums, as well as many private collections. He exhibited almost everywhere and had one retrospective: “BERT VAN LOO – Naturalezas cruzadas – Cutting trough nature – Dwars door de natuur” at the Fundacion Centro Nacional del Vidrio, Segovia, Spain.” (With catalogue.)