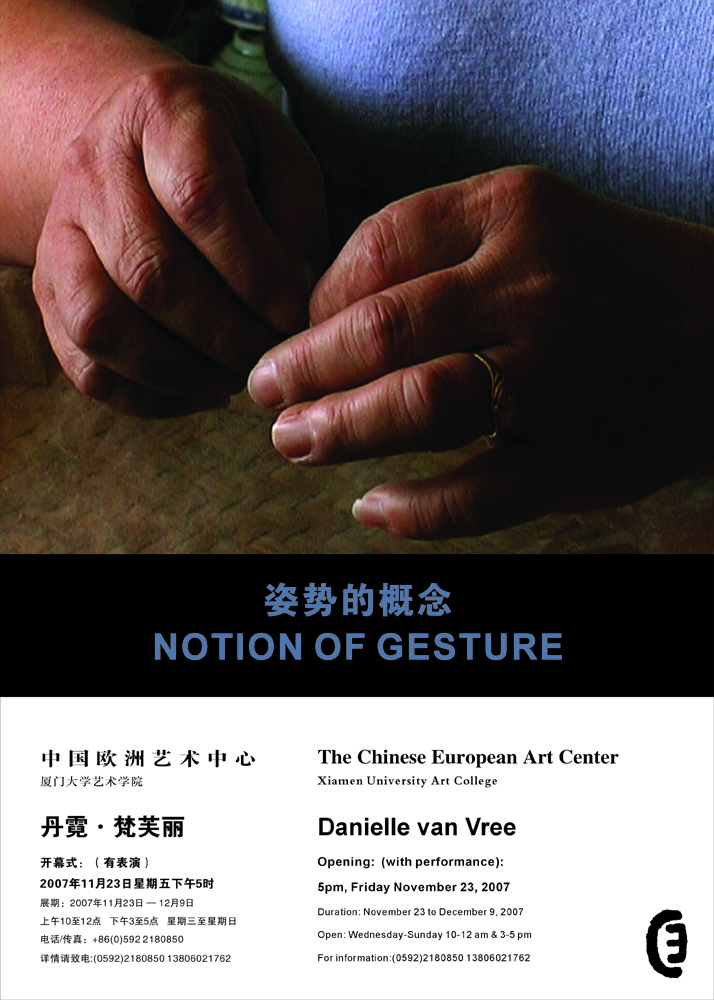 Danielle van Vree started her artistic career within the theatre. After finishing the  theatre school in Amsterdam, she worked both as an actress and a director in the  field of visual performance theatre. In 2003 & 2004 she followed two working periods at the Rijksakademie in Amsterdam.

The work of Danielle van Vree consists of film/video installations and performances. In her films, characters move in stilled choreographies. Against bare scenarios, she tries to let the viewer’s eye focus on small human acts, such as swinging, sweating or singing. In her work she searches for vulnerability and emotionality, in which the emotion is not shown directly. She attempts to present the moving image in a direct and clear-cut way by isolating act and place. Moreover, through repetition and doubling of images she tries to cause a layering in time, space and the perception of the acts of the characters. By doing so she aims to make works that contain different possibilities.

Human relations are central to her work, in which she explores the field of tension between intimacy and distance. Recurring themes in her work are death, desire, consolation and solitude. Universal themes that expose the vulnerability of man. ‘Whereas all kinds of relations exist, in the end you remain on your own. That’s fascinating and beautiful’.

During her stay in Xiamen she developed new works that she will present in her exhibition: ‘Notion of gesture’, at the CEAC. These works focus on the interaction between public space and inner experiences.