Adventures of The Little Travelling Academy

About áslaug Thorlacius and Finnur Arnar 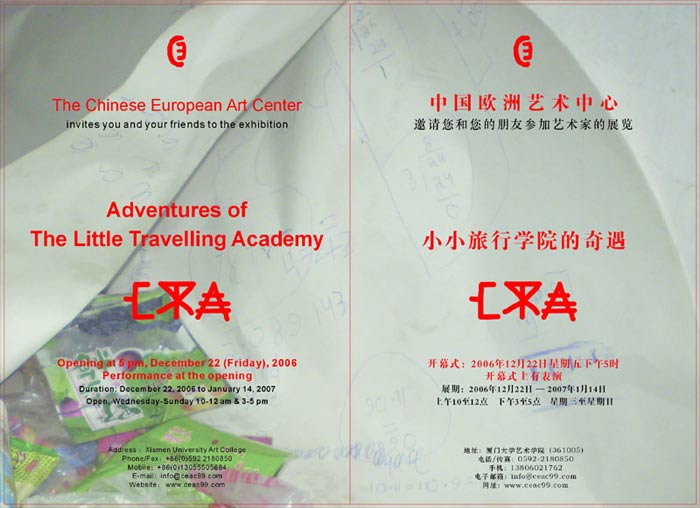 Friday, 22 December 2006 of The Little Travelling Academy open s their exhibition in the Chinese European Art Center. Xiamen University Art college The members of the academy are: Icelandic visual artists áslaug Thorlacius and Finnur Arnar, together with their four children, Salv?r, Kristján, Hallgereur and Helga. Last September The Little Travelling Academy moved periodically from Reykjavík, Iceland to Xiamen, China. Since then they have had their headquarters near the old Typhoon Harbour where they have done various kinds of studies and research by different means.