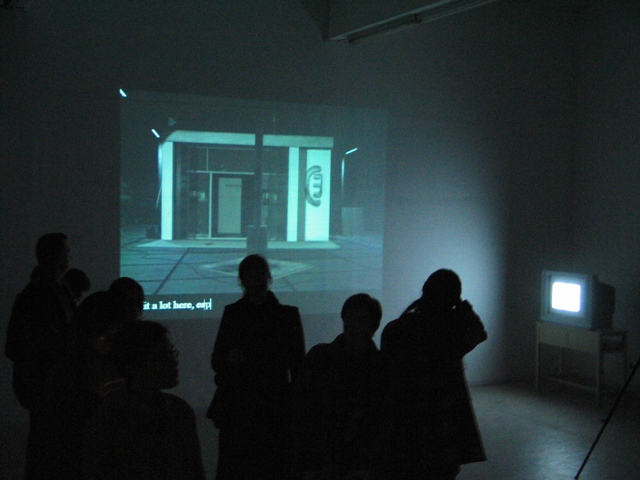 For many years now, Twan Janssen presents himself as an actor who plays the artist Twan Janssen. The paintings he makes are props in the play of his career, and the gallerist, critics and collectors are co-actors in this ironic play, where the distinction between fiction and reality is often unclear.

In the Chinese European Art Center at the Xiamen University, Twan Janssen will show a screening of ‘PILOT 1.1’, a computer animated video in three parts. The videowork is entirely made in the three month period that Twan Janssen has been staying in Xiamen as an ‘artist in residence’ of the CEAC, and is also in part a fictional reflection on this stay.