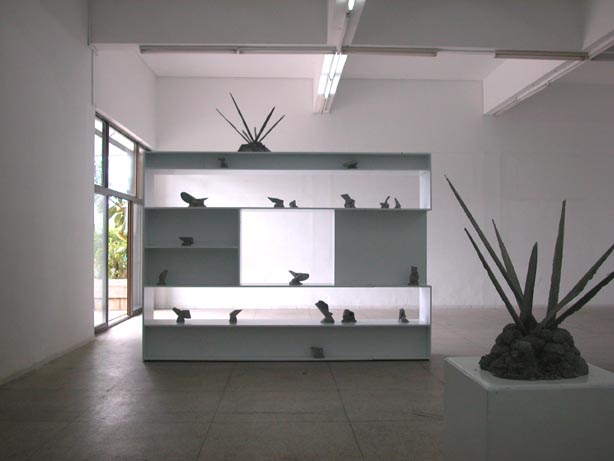 Given the fact that space is infinite and everything contained within it represents a disruption of this infinity, then the surfaces of things represent the boundaries of the space. Imagine that you are floating weightlessly in space around those objects, and getting closer and closer to them. The space between any of these objects becomes narrower and tighter. At some point this gap becomes so constricted that it is perceived as a particular space and no longer as part of the endless vastness. The look and quality of objects around loose their significance as our vantage point shifts to the newly created space. Within this space the surfaces of things become more significant. They become the structural framework of this newly created emptiness, the described blank. This described blank is the starting point for Jeroen Jacobs unique observations. In his studio in Xiamen the artist experimented with the creation of these blanks, repeating the process over and over while varying form and shape. In the casting process form and contra form are transcended and eventually go beyond this aspect.