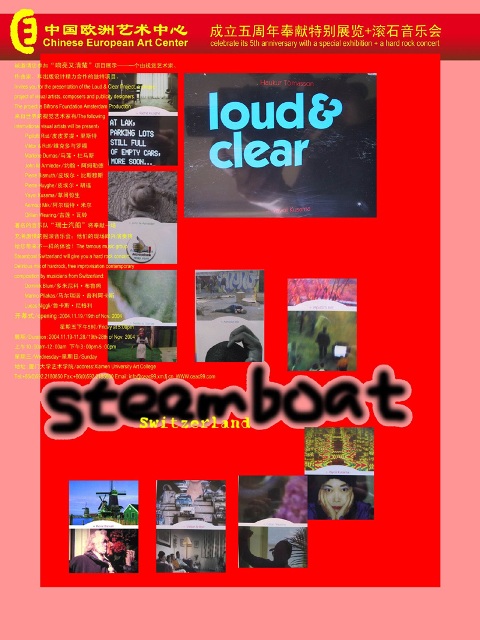 With Loud&Clear the Bifrons Foundation is broaching a topical discussion. Advertising agencies are increasingly ending up in the museum with their commission-based work， while artists are trying hard to escape the confines of the white cube. Loud&Clear shows that no borders are safe anymore， especially within art. The project is not a noncommittal confrontation between video art and commercial image production，but a serious attempt at investigating the differences between the visual cultures of advertising and art.

What happens when two forms of visual expression enter into dialogue with eachother， with the same piece of music functioning as the starting point? In making their contribution the composers have taken into account the idea that images would be added to it later and were familiar with the work of the artists. In their turn the artists were free to do what they wanted， while the advertising agencies were asked to react in one way or another to the artist’s visual contribution. In various locations you can see how differently this collaboration has turned out for each trio， and how an interdisciplinary approach makes artists look at their own and others’metier in a new way.

“Ultimately an advertising man will make his work constitute part of the real version of the world. Albeit with a certain reluctance or disdain.However much beauty，humour, ambiguity or confusion he might evoke，the work only succeeds if it makes itself redundant by ending in a strong and unambiguous effect.Unresolved confusion，persistent ambiguity，un divid able ironic content，painful‘senseless’emotions，these are the things that characterise art，but which are damaging for the communication that advertisers want to achieve.

In Loud&Clear the advertising people don’t have to convey a commercial message or to evoke a form of desired behaviour. But what their work does always do is mark the meeting point between the un realities of art and the real， audio-visual version of the world.”