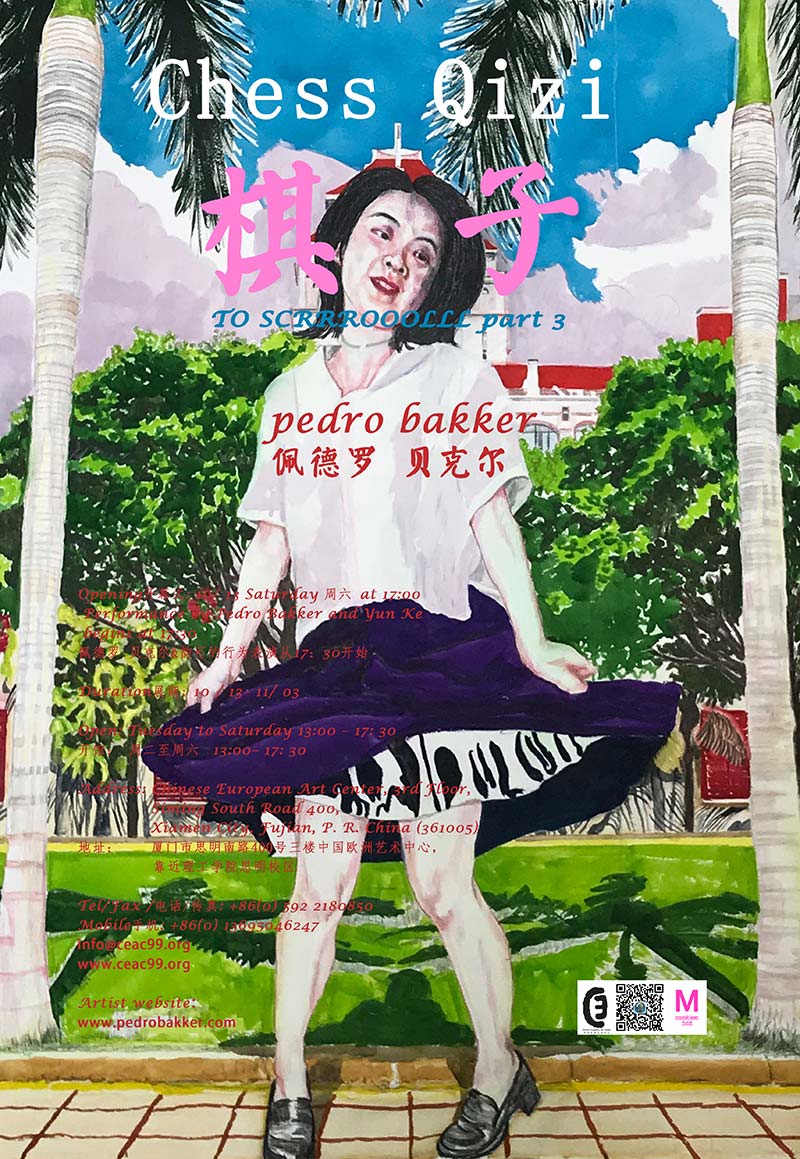 Inspired by the movie Lolita by Stanley Kubrick, Pedro drew Yun Ke in the drawing Tain’t What You Do. To create a layered stage setting he has replaced the girl Lolita by a young female, Chinese dancer. This cross-disciplinary working method gives multiple layers: the dancing girl in the background on the drawings, the dancing girl unrolling the handscroll and the dancing girl acting in the space.His first drawing Foot Woo is a macho drawing of him and with his performance he will dance hip hop with the music of the Geto Boys to strengthen this macho viewpoint and to oppose the gangster of love with the vulnerable feminist 米兔子position in mainland China. The title Chess Qizi棋子is the name of the schoolgirl in his third drawing. A case of sexual harassment of a young student by her teacher willbe the third part of the performance.棋子could be a metaphor for not only the girl in the third play, but all the females trapped in indecent relationships. And the teacher, who is he? Is the figure of the teacher Pedro himself?