About Femke Schaap and Sjerk Timmer 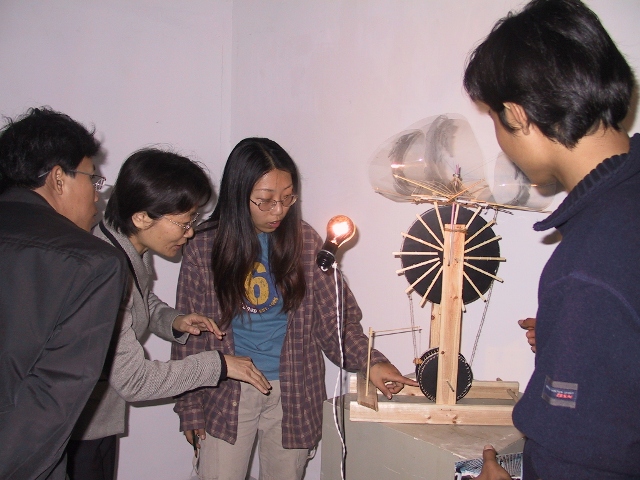 The exhibition “THIS MINUTE “is a preliminary presentation of works made in the new-media workshop that is given by dutch artists Femke Schaap and Sjerk Timmer on invitation of the Xiamen Art College Chinese European Art Center (CEAC).

Presented are the outcomes of the first two assignments: “Universal Potato” and “Electric Sculpture Museum”.
In one minute film “Universal Potato”, their students could use the given potato in the film and make the way they like to.

In”Electric Sculpture Museum”, each student was issued a photocopy of a classical European statue, and asked to use it together with a lamp in a moving installation. Students now are in the middle of processing these installations into a new one-minute film.

During the past three weeks of this workshop, plans also evolved and have been developed into a number of free works that not relate (visibly) to the assignments anymore. The assignments are an open invitation to seek for the adventure, to develop new ideas to make images that have not be seen before.

The workshop will continue(and more films will be made) until Saturday the 26 of January. Most films that are being made in the new-media will be presented in the next months be shown in”the-one-minutes” an art-show by Dutch television, broadcasted by the Sandberg Institute for Fine Arts in Amsterdam, the Netherlands.