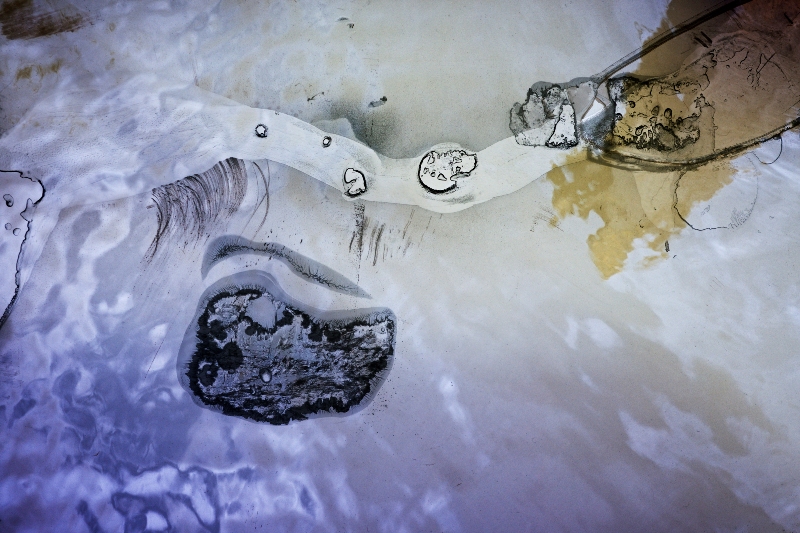 Peer Veneman (b. 1952) became known in the 1980’s with colorful sculptures that somehow filled the space between abstraction and figuration. Ever since he took the liberty to make abstract and figurative works at the same time, denying the traditional gap between the two. Veneman plays with art historical traditions and is known for his unconventional applications of materials. Other constant factors evident throughout all his work are his refusal to do the same thing twice and the elaborate execution of all his work. During his residency in Xiamen, he experienced the totally different environment as very liberating. All works in the exhibition are “Made in Xiamen”!

Found Materials
Peer Veneman chooses unusual materials, preferable those which have no value. Thus he made sculptures from braided baskets found in thrift stores and flea markets. By covering the stacked baskets with pigmented resin (in itself a simple action), he transformed a bunch of dismissed items into a work of art.

Likewise in ’21 Hanging Sculptures’ found material is the starting point. In this case: metal wash-drying pendants Veneman bought on a market in Xiamen. This hanging sculpture summarizes some of his first impressions in the city: laundry hanging to dry everywhere, the Chinese inventiveness, and the color gold.

All Veneman’s sculptures made from found materials originate from his aversion of nowadays predominant consumerism and its throw-away culture. They are humorous as well though. And as Veneman immediately admits, his own works are ultimately commercial objects too.

Photography
Although Veneman is known for his sculptures, he has always made photographs. Of landscapes, architecture and the detail, that is usually overlooked. The photographs in the exhibition all show his technical skills and tendency towards perfection. Nevertheless, Veneman’s photo studio in Xiamen consists of a cardboard box, self-made aluminum film holders and a collection of the simplest materials: lumps of crystalline sugar, superglue and plastic mesh that he finds on the beach.

Installation with a Painting
The average time spent by museum visitors, looking at a painting is between 3 and 17 seconds. ‘Installation with a Painting’ (2017) requires more time and effort. The base for the painting is an old-fashioned slide of a garden on which the artist applied some modeling paste with glass pearls straight from the can. Only after looking under a microscope, the fascinating pattern became visible. He photographed a series of these images. One of them is meticulously painted by 罗银泉 (Luo Yinquan). Peer Veneman finds it important that the name of the painter is known so that his contribution does not disappear in anonymity.