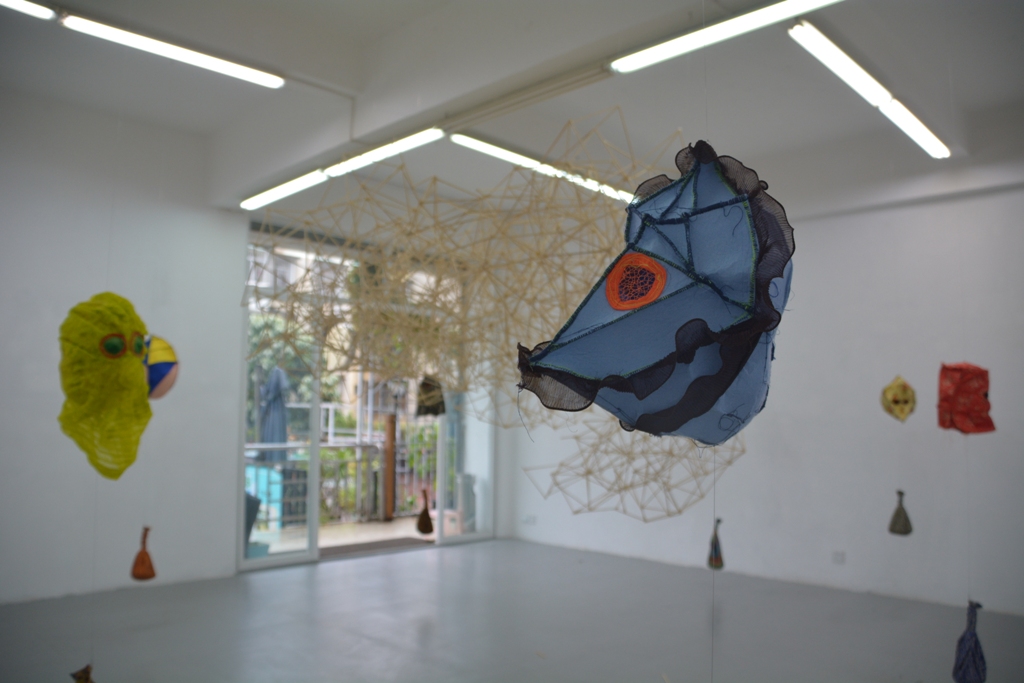 Four months ago , I came in Xiamen with some luggage and a sewing machine I brought with me.

My idea was to make some works out of textile. The last period of time I had made some works with masks that I used in performances. During my stay in Xiamen i worked on two projects.

Together with the Axis Art group I also worked in Houtian where i made some works in an abandoned house that was in renovation, I made a “sculptural intervention” with the material i found in and around the space. In 2016 during my exhibition at C&H Art Space in Amsterdam with photoworks and objects , I made an intervention in the exhibtion space titled: ”a guided tour”. 5 performers who were wearing masks used all the objects that were exhibited in the gallery in a ritual way and replaced them. They made new combinations and used them as instruments. After 20 minutes performance the character of the exhibiton space was transformed as well context of the objects in the space.

My intention is to create a work with an open character.The work does not give clear answers, but shows recognisable elements that generate questions.

For my exhibition in CEAC, I made 9 masks based on different cultures and designs. The nine masks are in balance with the stucture that is floating in the space.