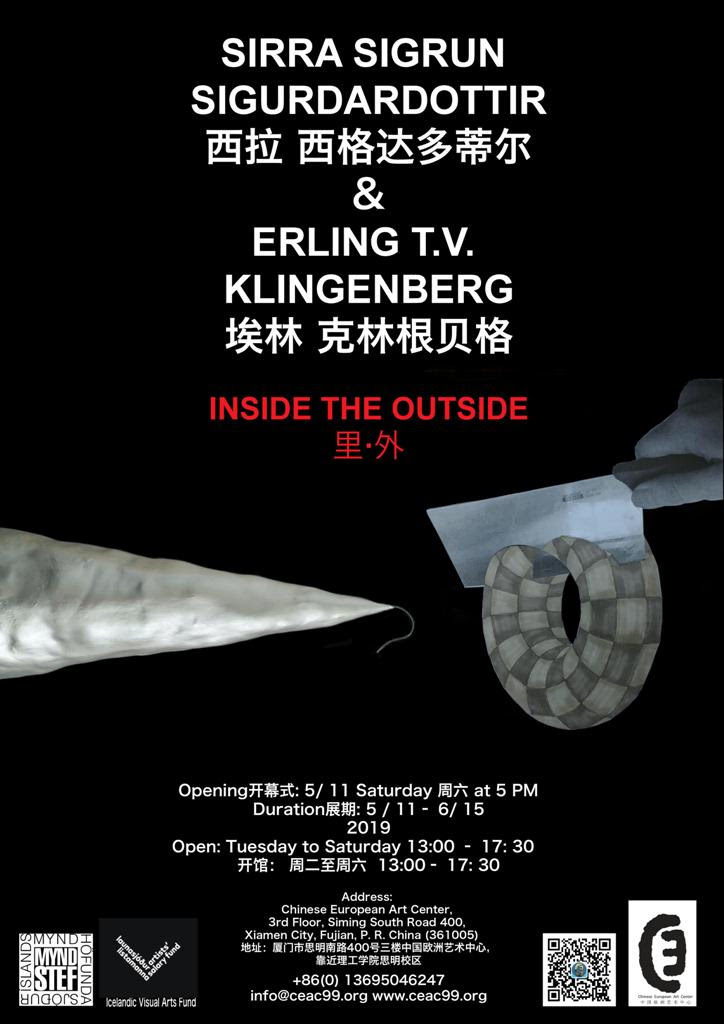 Erling T.V. Klingenberg appears often in his work when he uses art history as a form of objective presentation and subjective images. His working methods fluctuate between the challenging and the sincere, while allowing obtrusive emotions to enter his work.

Erling puts the concept of artist into an unexpected and humorous context, just like in his motto; “it´s hard to be an Artist in a Rock star Body”. His obsession with defining the role of the artist in this “Rock Star” based society is what takes him to actually investigate not what the artist does but how he does it. Therefore, it is not in the final product but in the process that his interests lie.

Erling wants to challenge the given foundations of visual art and stretch beyond them, while at the same time stretching beyond the conscious framework of his own creativity.

Erling T.V. Klingenberg´s works at CEAC are bronze castings from lumps of clay, paper sculpture, clay sculptures and a sign for it all. Body is the key here. They all have in common that it´s about the artist´s body, and the idea of creation. Most of the works are either made by using the artist´s body directly or they include a material from his body.

The three bronze sculptures have fingerprints and black holes. We peep through a hole on the surface because touching is forbidden, and we feel the presence of an infinite source, a well that grows blacker and deeper the longer we look. In these black holes we find clues of the force that at once destroys all and creates all.

At a closer examination it does not come as a surprise that Erling T.V. Klingenberg has in creating these works, seized the material with conviction and brandished the body part that identifies his gender and thrust through the hard surface and created an infinite hole.

In these actions some hairs fell off the artist, that he then used to create two clay sculptures. Is it possible these sculptures are positive holes? Or are they simply a support for the hair?

Maybe the answer can be found in the paper sculpture?

The works themselves are satirical manifestations of the attempt to create art, where all that comes across is the echo of their creator.
Sirra’s work often seems to find its footing on a thin line between art and entertainment, catching the viewer’s attention without revealing careful artistic investigations into the colour spectrum and principles of movement and space. Certain personal symbols bear reference to art history, the status of the artist, statistical information, scientific theories and topographical contexts.

The works of Sirra Sigrún Sigurðardóttir on display in the exhibition Inside the outside are made here in Xiamen during the last two months. Drawings and photographs that have been inspired by objects, places and rituals found while exploring the city and its rural surrounding. A 300 years old Euphoria Longana tree in Zhaojiabao, it´s thriving crown the most impossible sight with its paper-thin trunk, withered away by time. Owing its bloom entirely to the support carefully placed by its co-inhabitants in the village.

Fragile tree branches that are placed under a huge boulder as if to support its place in the world.Symbolic gestures, turning the world upside down – for a moment – magical moments.

From an image of a black hole to a Bi-disk that becomes a doughnut, cut diagonally in half to reveal a hidden geometry.

A shape or form can be informative in and on itself and reflect both on historical and philosophical questions, as well as the quest of beauty. Each form has elements that touch the viewer in different ways, while interpreting information or theories that the viewer might be familiar with, sense, or not notice at all. Art history is riddled with quests for beauty, while social influences form or effect what is deciphered or perceived as beauty. The quest for beauty can, therefore, take on different forms. Scientists present their theories in equations where each symbol holds meaning for those who know how to read them. In the eyes of the scientist, the equation as a whole has aesthetic value. This value is not only in what instantly meets the eye but also in the deciphering of the symbols, the message they carry, and the knowledge they convey. Thus, the beauty of the equation is not the same for those who know the world behind it and those who look at it in the context of form studies or simply as beautiful writing.