About Sjerk Timmer and Femke Schaap 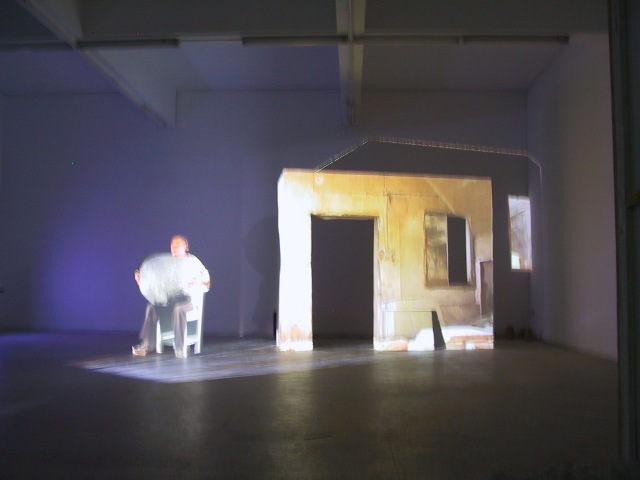 In 2002 Sjerk Timmer and Femke Schaap gave a new media workshop at the Xiamen University Art College. Now they are back in Xiamen as artists in residence on invitation of the Chinese European Art Center and with Dutch government support by the Dutch Fund for the Arts.

ABOUT VIDEO’SAND INSTALLATIONS
We don’t film stories, we film situations.
Shapes and figures that are literally enclosed within their frames, non-persona, who only exist by gratitude of their background. Working, waiting, denial and loneliness, a failed encounter, events in which people are trapped in their occupations, disappointments, utter joy, in the repetition of a gesture. These events we capture in a brief, minimally moving image. In our installations, we give this film a renewed spatial existence. Parts of the total image then are captured on different films. These we project on in silhouettes cut-out panels, that are posted in the space. The actual flat projections seem, because they are projected in their contour with match-ing or slightly differing rims, to have the appearance of dimensionality and reality. The spectator can walkin-between the panels, can walkin the film, through which an almost touchable experience arises. The distance taken while watching a normal film, has been replaced by the unavoidable physical confrontation. The spatial film installations area temporary conclusion from a search we began in my ”normal” filming. Coming from double-exposure of tiles, using the emulsion as a material, we are a sculpturers of light. From parts out of reality we compose an almost graphical image, in which flatness and dimensionality are fighting for existence.

Inform we try to catch both situation and content.