About Hester Oerlemans and Marike Schuurman 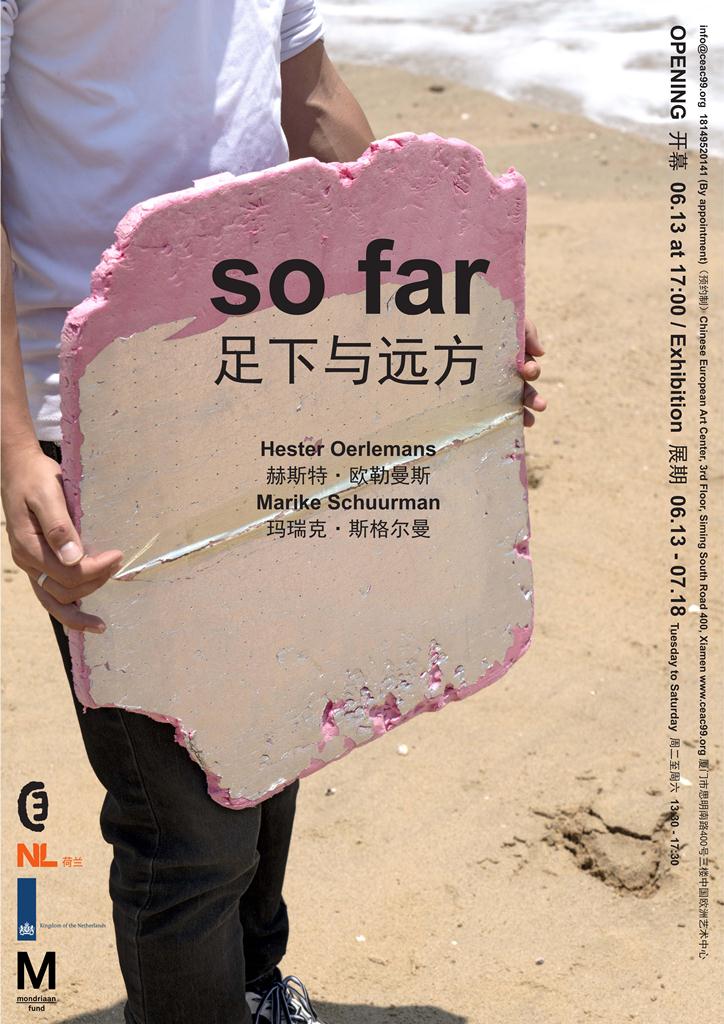 An exhibition of new sculptures by Hester Oerlemans and photography by Marike Schuurman at the Chinese European Art Center (CEAC) in Xiamen, made during a residency originally scheduled to take place from December 2019 to March 2020. The residency’s duration doubled due to the outbreak of COVID-19 and the subsequent, repeated cancellation of the artists’ flights.

Marike Schuurman is showing the new series ‘Hougu’ and a dummy for the book ‘Xiamen Portraits,’ both resulted from photographing at the seaside of Xiamen. Hester Oerlemans’ new sculptures provide a sequel to her previous exhibition in Xiamen, ‘Fixing Air’, for which she investigated how one might use air to sculpt in three dimensions. Her latest sculptures consist of stacked Blobs (2020) that stand freely in the gallery space.

The two artists also collaborated on a project called ‘Battle Banners’ (2020), which began when they discovered that WeChat’s translation function serves not only to translate text but also to save translated images as photos. Schuurman and Oerlemans used the app to photograph almost 300 Chinese banners in Xiamen, half of which ended up in a publication that they will present alongside framed polaroids of the banners.

Furthermore, Oerlemans’ catalogue ‘Fixing Air’ will be presented, as a reflection of her recent exhibition, including a text by British-American curator Isabel Parkes.

This residency and project are made possible by the generous support of the Mondriaan Fund and the Consulate General of the Kingdom of the Netherlands in Guangzhou.