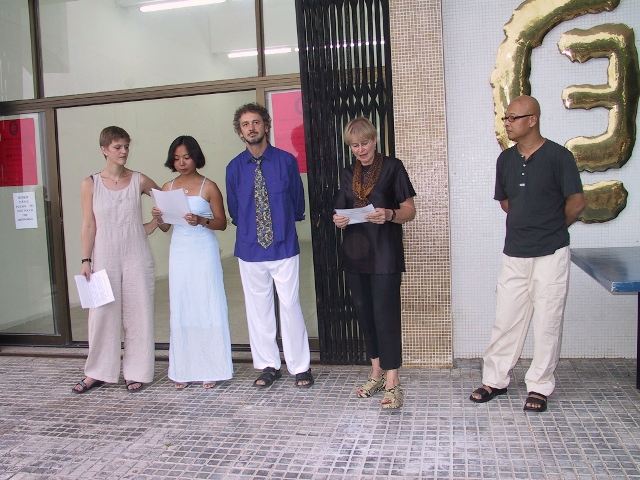 Wang Shugang’s works is small and simple comparing to those complicated and extravagant modern installation art. Wang Shugang’s artistic language is of populace, comparing to the modern artists who are talking about for the populace but actually doing the noble creation.

Actually, when Wang Shugang was still a student in the Sculpture Department of the Central Academy of Fine Arts, he was facing this new artform with a conflict feeling. It was when he immigrated to Germany in 1989 than the started to know about this artform and took it as his creation means. Now, Wang Shugang is in his middle age. After 11 years artist life abroad, he is more sure of the way to make installations. In his point of view, installation is not only an international language, but also an effective tool of visual expression. Its effectiveness lies in that it can help the artist to use various materials to fully express his personal experiences in a contrast space, so that some meanings which can not be expressed by the traditional language can be expressed more clearly.