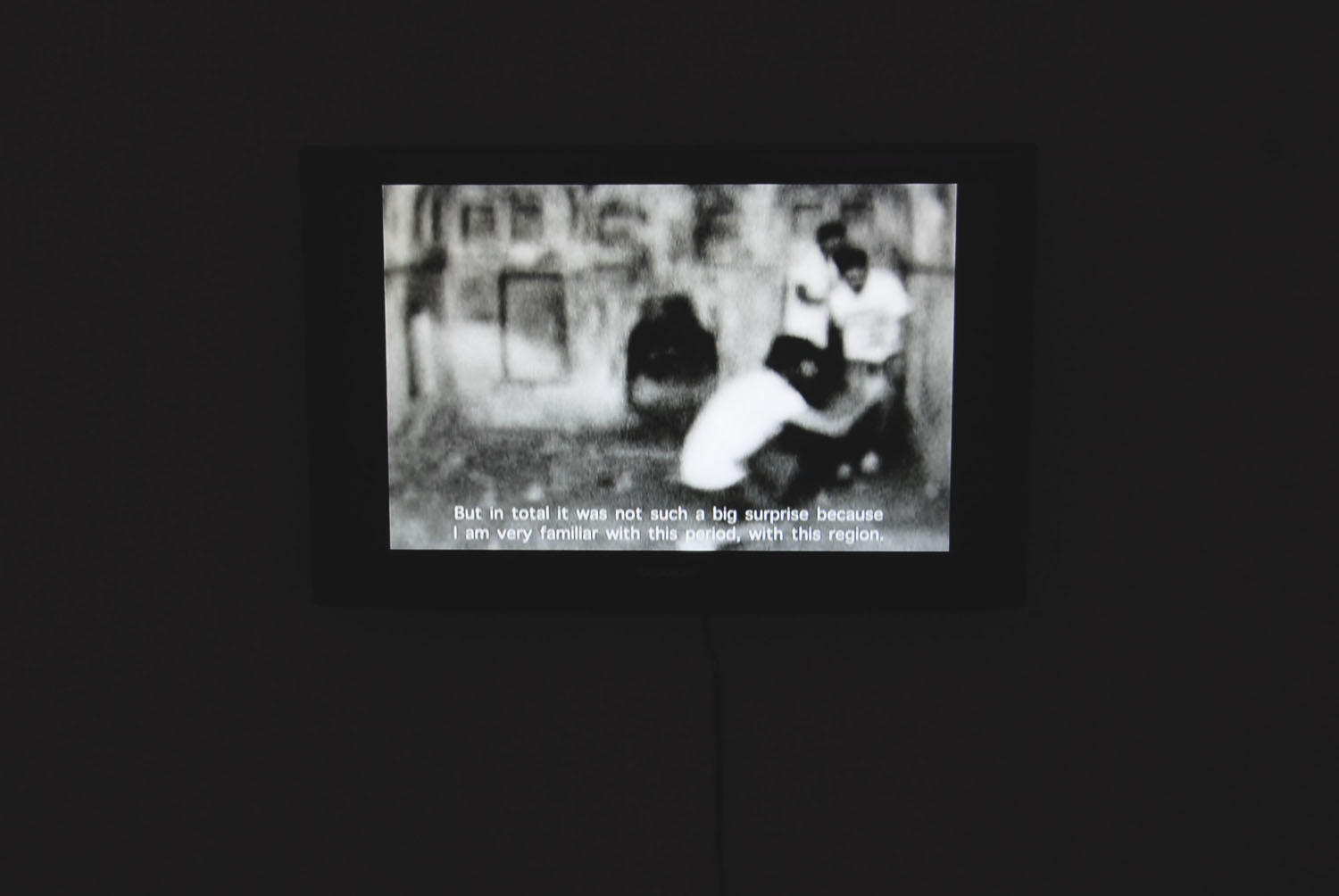 The two videos by Phil Bosch are part of the Telluric series that opens up to the question of what is that shapes perception and how meaning is being established. The focus is to localize the unidentified space in what we see, what we think we see, and where not yet words have been found for.

‘Tellus’ means in Latin ‘of or belong to the earth’ and refers to the ‘Telluric system’, where the earth is being regarded as a living and breathing body where all natural phenomena and human activity are being established from their local context (and not by long distance forces such as the sun and the moon).